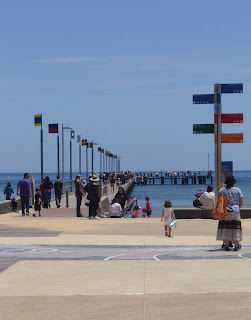 The City of Frankston is 41kms south east of Melbourne's CBD, a 40 - 50 minutes drive. It overlooks Port Phillip Bay and have a long sandy beach that features a 200m pier that is popular with fisherman and sightseers. A short pier was first build in 1857 and was extended into deeper water in 1863.

According to a local, the Frankston pier used to be at least twice the length it currently is but when half was damaged Frankston Council decided not to replace it. The entire beach is around 2km long, 400m south of the pier is a rocky headland, while approximately 1.5km north is the start of Seaford Beach.

Click here for a Wikipedia write-up on Frankston, Victoria.

It is amazing to see the number of people who comes to the pier at this weekend. It is just a pier that juts out into the bay yet on this warm, breezy and sunny day, it seems to draw people out to want to walk the full length of the pier and back. 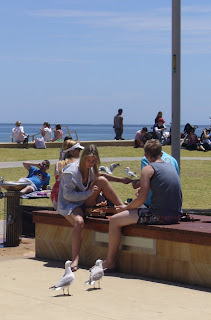 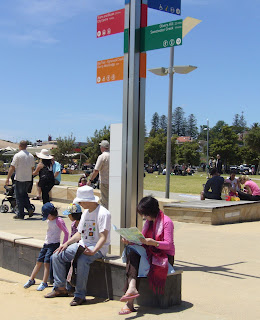 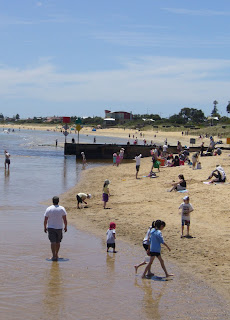 The grass near the pier is lined with people enjoying the sun or sitting around enjoying the company that are with them. While some might prefer reading others are at the beach swimming or trying their hand on some sand sculpting of their own. 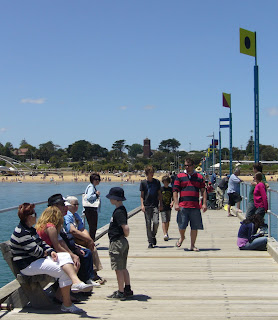 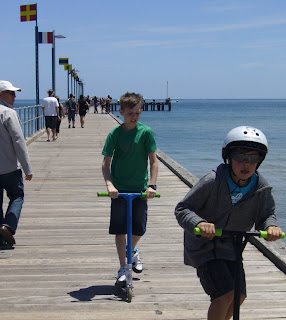 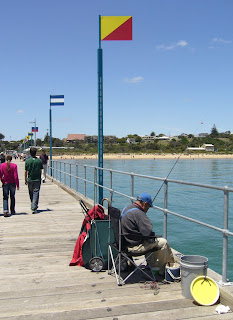 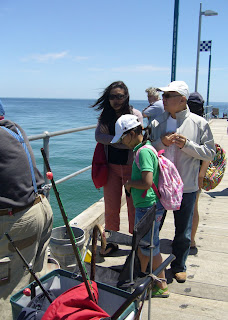 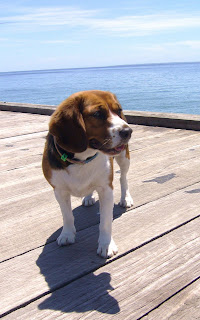 There are a lot happening along the pier.

While many walked the whole length of the pier, others were a bit more imaginative in the mode of transportation, afterall for some 200m is still quite a distance to walk.

The pier is also a great place to drop a line and catch some flathead or salmon, though none of the catch I saw looked anything like a flathead or a salmon. Large garfish are also common and fishermen have said that once in a while they could have an out-of-the-ordinary catch such as barracouta or squid. Guess that is one of the reasons the pier seems to be a popular place for the fishermen. While the fishermen enjoy their fishing, many of the on-lookers were just as excited to see the catch of the day.

Among the attractions on the pier is this man's best friend who has his own admirers. 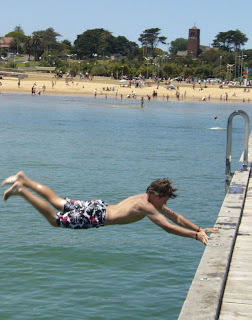 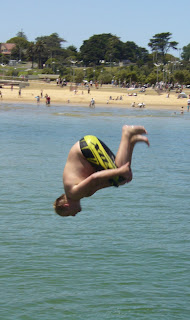 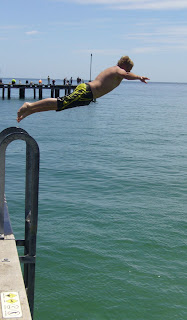 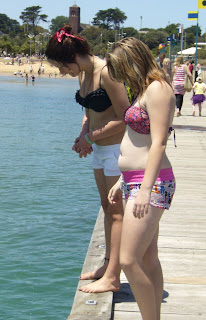 For the more adventurous and adrenaline seekers, there is always the acrobatic jump or diving from the pier. These boys enjoyed it and they make it look so easy.

Maybe there's something about being a youth; they are a lot more gung-ho, daring and courageous in what they do or maybe just plain foolhardy with their life’s. Notice the warning signs at the edge of the pier near the ladder; shallow water, boats, no diving, no jumping.

Yet I think a nation requires such youth who are risk-takers and bold in their endeavours. Just need to be smart about it.

These girls are contemplating the depth of the water and building up their courage for a jump.